Tee times from $9 Tee times in this area

Re-opened in October 2012, Southern Ridge Golf Club is an 18-hole, par-72 play. Tee off with the South and Estrella mountain ranges as a backdrop at this course located in the Bougainvillea residential development in Laveen, Ariz. Featuring an unusual distribution of six par 3s, six par 4s and six par 5s, Southern Ridge G.C. plays to a length of 6,751 yards. The greens feature a 60/40 blend of rough bluegrass and bent. And during the summer, the course is overseeded with Bermuda. Rye is used on the fairways during the cooler seasons. A player-friendly course that features generous fairways and undulating greens, Southern Ridge Golf Club also has wide fairways and a vast array of renovated bunkers.

(based on 4 reviews)
See all reviews | Submit your rating
« 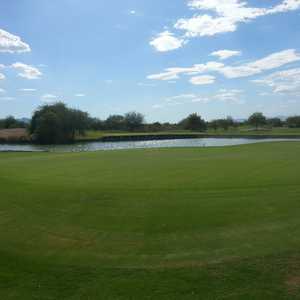 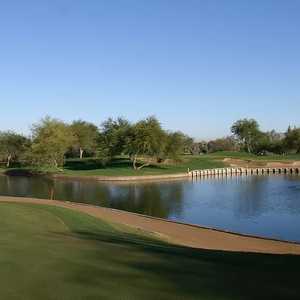