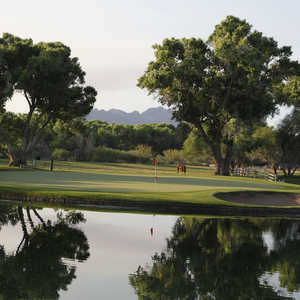 
Tee times from $24 Tee times in this area

Set on the historic 500-acre Otero Ranch, the Tubac Golf Resort of "Tin Cup" fame, features 27 holes, 18 of which were designed by Red Lawrence and nine holes crafted by local architect Ken Kavanaugh in 2006. Five of the new holes begin the Anza Nine, which is highlighted by a TPC Sawgrass-like island green par 3 next to the clubhouse restaurant. The Rancho Nine, which was named for the owners of Tubac's Golf Club in Cave Creek, includes one of the holes that was featured in the 1996 movie "Tin Cup," starring Kevin Costner. It also has a perilous three-hole stretch called the "Tubac Triangle," as well as the aptly named 651-yard, par-5 eighth, dubbed "Train Wreck."

(based on 1 reviews)
See all reviews | Submit your rating
« 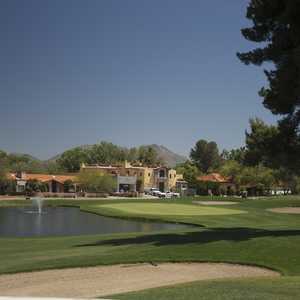 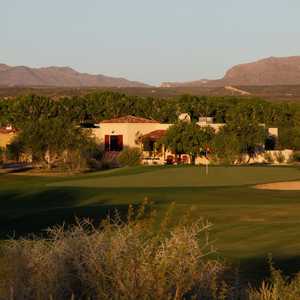